Robin Williams' Autopsy Showed That He Had Lewy Body Dementia 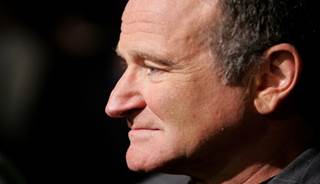 This frequent misdiagnosis causes a significant burden to patients and caregivers.  Families often have to see multiple doctors before a correct diagnosis can be made and lose valuable time needed to plan treatment and care.  Additionally, the medications that treat the motor symptoms of Parkinson’s disease can increase risk-taking behaviors and may even increase hallucinations and delusions.

In this video Whoopi Goldberg discusses how to spot early symptoms of LBD.

In cases of LBD and FTD, early and accurate diagnosis is difficult but vital in helping families and patients get the support and care that they need.

Take a look at our FTD fact sheet to learn more about how FTD differs from other forms of dementia.